Orange Is The New Black: InStyle To Inmate

Orange Is The New Black: InStyle To Inmate

Orange Is the New Black: My Year in a Women's Prison (Spiegel & Grau, New York, 2010), is the memoir of Piper Kerman, an upper middle-class Smith College graduate sent to prison for a drug conspiracy. In the course of her tale, we learn her case dragged on for four years, she cooperated, had a good lawyer, and nearly 10 years after her criminal conduct, she was sentenced to serve a greatly reduced term of 15 months at Danbury, FCI, in Connecticut.

For some of us in private practice, Piper Kerman is our typical client: upper middle class, and new to the system. Orange Is the New Black is also a naked commentary on how women are treated in the federal system and how they behave, as women. The author describes by example our meaningless system of incarceration and utter failure at rehabilitation. It documents a system that locks women up for long periods of time only to release them back into a world they are less capable of navigating than when they entered. Finally, this book captures what it means to be a woman, with other women, in prison. Kerman's unique observation point makes this book worth reading as a lawyer, and worth recommending to our clients, whether male or female.

Kerman balances facts and story line with aplomb. The fact that "there are over 90,000 prisoners locked up for drug offenses, compared with 40,000 for nonviolent crime" costing "at least $30,000 a year to incarcerate" and more for females, is expertly woven into Kerman's story, so the readers never feel they are reading statistics. Her transition to prison life is carefully crafted to educate the reader in her evolution from privileged white girl to "cellie:" "after almost four months in prison I was still cautious, supercautious, and kept most people at arm's length." Kerman describes the friendships she develops with other inmates with great humanity.

Her resignation that she would have to sacrifice modesty and self-respect in order to have visitation privileges is refreshingly practical. The author's description of strip searches before and after visits, the joy in getting mail, and the sanity she maintained by running the track every day, makes the reader feel Kerman's isolation from the outside, and simultaneous assimilation on the inside. Survival grounded entirely in ritual provided Kerman with some level of comfort.

She describes what you give up emotionally in order to survive psychologically in prison. In one passage, Kerman describes how her fiancé (they got engaged before she was indicted) brought paint and tile samples for her to look at for their new home. Her inability to focus on anything so abstract while in custody is reflective of her need to commit to being a prisoner, which required her letting go of so much that existed outside. Kerman never ceases to acknowledge that she is one of the lucky ones to have something outside.

Kerman pointedly describes prison as a "snake pit." "It was a weird place, the all-female society with a handful of strange men, the military-style living, the predominant ghetto vibe." Her bleak and often disturbing descriptions of the facilities and the bureaucracy paint a picture that conjures up every television image.

She describes with poignancy the constant fear of guard reprisal and resulting loss of precious privileges, or worse SHU (Security Housing Unit): "It is hard to conceive of any relationship between two adults in America being less equal than that of prisoner and prison guard." The presence of male guards in a women's prison is curious at best. "It wasn't so much the idea of them seeing my body, although the thought made me recoil. It was more the idea that my intimate moments-changing clothes, lying in bed, reading, crying-were all in fact public, available for observation by these strange men." Kerman makes note of the fact that "every year guards at Danbury and other women's prisons around the country are caught sexually abusing prisoners."

The mother-daughter prison relationship is also unique to women. The births, "some in shackles during their deliveries," and the immediate separation of mother and child are profound and heart-wrenching realities of women in prison.

Kerman describes how the majority of prisoners, like her, are serving time for nonviolent drug offenses, like her. However, unlike her, these women had few if any choice in their lives, and a drug conviction was the natural consequence of most. "Most of the women in the camp were poor, poorly educated, and came from neighborhoods where the mainstream economy was barely present and the narcotics trade provided the most opportunities for employment."

The author's recounting of the prison system's pathetic efforts at preparing inmates for life on the outside are filled with the irony you would expect from an ineffective prison system. Kerman found no evidence that the prison system offered prisoners any alternative upon release to the circumstances that landed them in prison in the first place.

She writes: "The guy from food services was very nice... He told us that it was important to eat right, exercise, and treat your body as a temple. But he didn't tell us how to get health care services that people with no money could afford ... he didn't recommend any solutions for behavioral or psychiatric care. ... He didn't say what options there might be for people who struggled with substance abuse, sometimes for decades, when they were confronted by old demons on the outside."

In a presentation on housing, a prisoner raised her hand and asked, "Can you talk a little bit about how to get an apartment, and if there are any programs we could qualify for, you know, affordable housing and stuff?" ... He looked not irritated but unsure. "Yeah, well, I don't really know too much about that." During a job fair, inmates asked how to find job training, available jobs, and how a woman with a record gets a job. A smart businesswoman on a panel responded, "I recommend you spend quite a bit of time on the computer researching. ... I hope you have some access to the Internet." After a "mild rumble" the prisoners responded in chorus, "we don't even have computers!"

Kerman also describes events that define a woman's prison experience. "The day before Christmas the camp decorating crew's handiwork was revealed. It was, frankly, incredible: They had transformed a dingy beige television room with gray linoleum floors into a dazzling Christmas village on a winter night. The particle board ceiling was concealed by an inky blue starry-night sky, a village was spread out as if in a mountain valley. Everything twinkled."

Food supplies, such as "contraband onions were at a particular premium" in prison. "Extracurricular prison cooking happened primarily in two prison microwaves. ... Remarkable concoctions came out of those microwaves. ... This impressed me deeply, given the limited resources these cooks were working with-junk food and poly-bagged chicken, packets of mackerel and tuna, and whatever fresh vegetables one could steal from the kitchen. Corn chips could be reconstituted into mash with water and transformed into delectable chilaquiles. ..."

Near the end of her sentence, Kerman is transported via Conair to Chicago MCC, via Oklahoma, to testify as a witness for the government. Kerman recounts being required to testify against a ringleader whom she never met. Her story of being transported, and even sharing a cell with a codefendant, may strike some criminal practitioners as rather dubious. However, these facts do not diminish the significance of the book.

With sickening detail, Kerman describes what it means to be transported as a prisoner and housed in a metropolitan detention center as compared to a prison camp. Her somewhat humorous description of "the shackle dance," is sharply contrasted by her description of "jack­booted marshals with submachine guns and high-powered rifles swarming the tarmac."

Kerman describes with clarity the difference between Danbury "camp," the Oklahoma holding facility, and Chicago MCC. Of Oklahoma, she writes: "it was not easy to keep track of what day it was-there were no newspapers, no magazines, no mail. ... no significant way to tell one day from the next."

Kerman tells us that in the Chicago MCC, women are only granted privileges once a week, compared to the men who appeared to have far greater freedom. She describes the women's unit as follows: "Psyche ward. That was my overwhelming impression. Dueling televisions blared at opposite sides of the small room. A cacophony of voices vibrated in the close crowded space. Women, disheveled and stooped, blinked at us like moles. Although there was nothing playful about the place, it had an infantilized, nursery school vibe."

Orange Is the New Black is Piper Kerman's personal story of redemption. It is also a firsthand account of our women's federal prison system. Most importantly, Kerman gives a voice to all those underprivileged women in our society, both in and out of custody. On a practical level, for all us private lawyers, it is a reality check on what happens to our clients after the court imposes a term of incarceration. 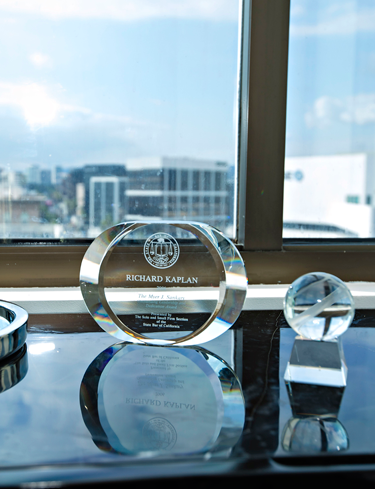 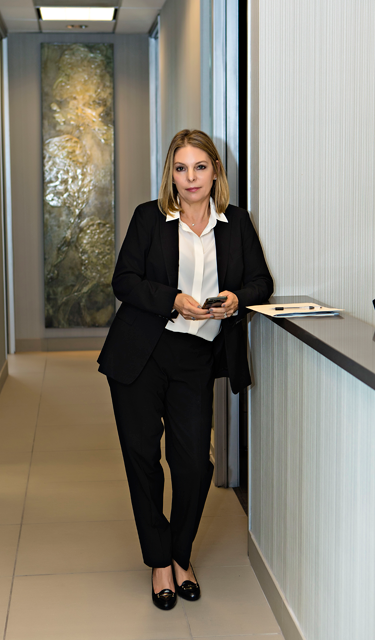 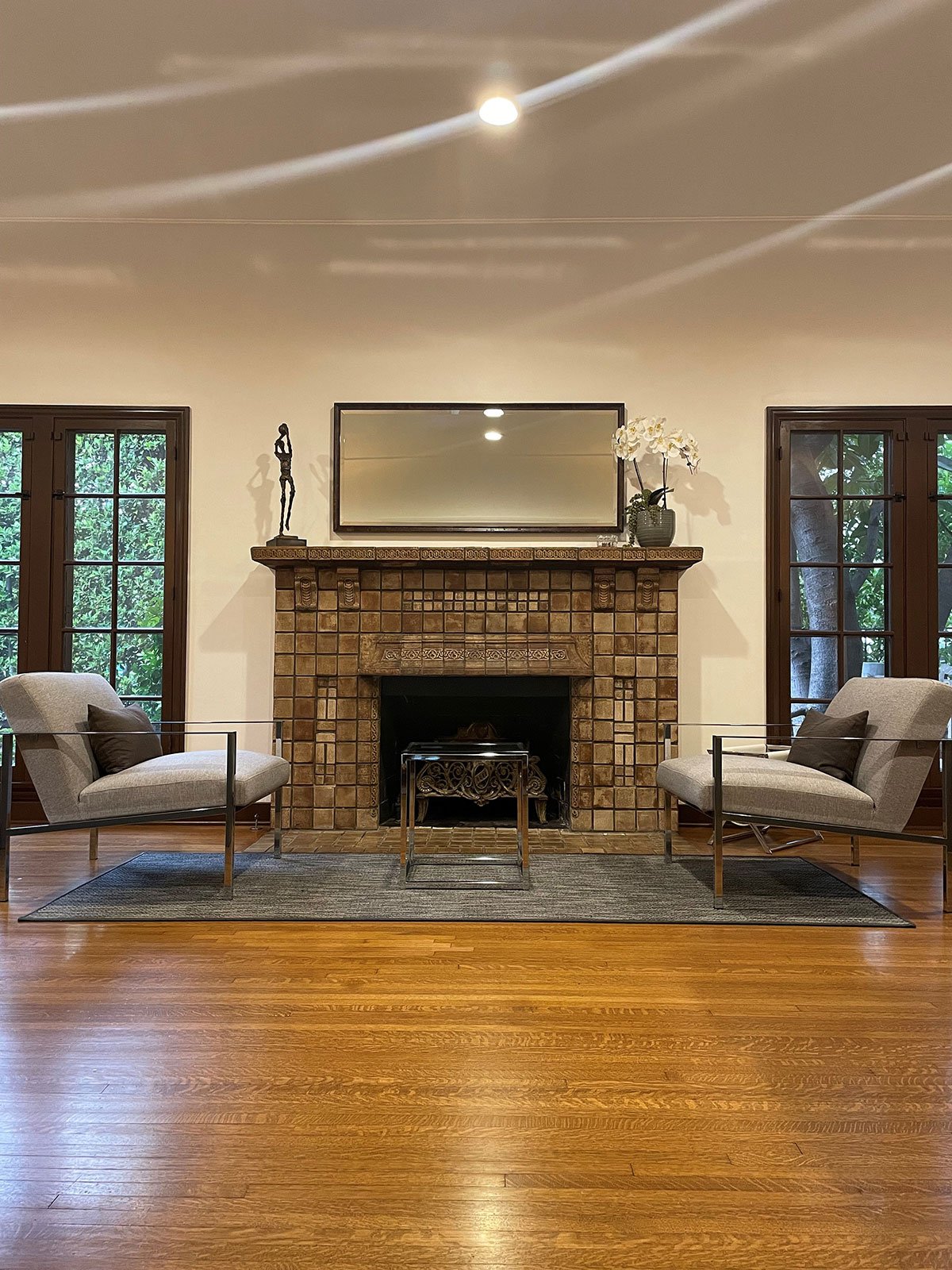 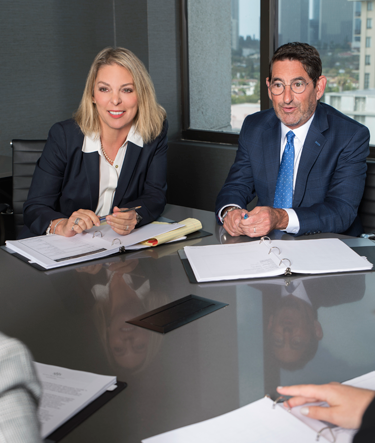