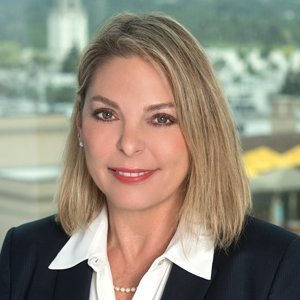 Right from the start, clients understand that Nina takes their cases as personally as they do. Her presentations to prosecutors introduce new perspectives, compelling context, and workable paths to resolution.

Nina’s unconventional combination of care, integrity, and formidable lawyering has earned her national reputation and recognition. She discovers the shades of gray behind prosecutors’ black-and-white arguments to shine new light on her clients’ circumstances. Her team-driven, meticulously prepared strategies have repeatedly helped clients reach their objectives — from staying out of prison to defending allegations in trial.

A prominent member of the criminal defense bar, Nina was recognized for more than 25 years for professional excellence as the recipient of the American Bar Association’s 2017 Charles English Award, the highest national award for work in the field of criminal justice. Nina holds leadership roles on several ABA committees, including as council member for the Criminal Justice Section and founder of the Women in White Collar Subcommittee. In addition, Nina served as the Appointed Chair of the Ninth Circuit Lawyer Representatives for the Central District of California.

A frequent media commentator, author, and speaker, Nina has steered the conversation at numerous national and international conferences on white collar crime and fraud. Her presentation topics range from international criminal investigations and public corruption to unconscious bias in expert testimony and regulatory issues related to virtual currencies.

Nina has championed women’s issues for more than three decades. She has helped change the gender composition of the ABA’s educational programming and is a frequent speaker both domestically and internationally. She is also a regular author of articles and treatises on matters related to criminal law and international extradition.

Nina is the founder of the Criminal Defense Law Section of the Women Lawyers Association of Los Angeles (WLALA) and the Los Angeles chapter of the Women’s White Collar Defense Association (WWCDA). In addition, Nina serves on the board of directors of C5LA, which focuses on creating a path to college for underserved youth.

The Los Angeles Daily Journal and Los Angeles Business Journal have repeatedly recognized Nina for her influence and impact on the legal profession, and she is recognized by U.S. News and World Report Best Lawyers’ top practitioners in white collar criminal defense as well as Chambers USA.

Advisory Board Member for the UCSB PaCE Extension, Women in Leadership Executive program at University of California Santa Barbara, Professional and Continuing Education 2022 – 2023

Board of Directors, Los Angeles 2015 – Present

Case involving the illegal importation of 100s of luxury bags worth more than half a million dollars as part of an international scheme in which false customs declarations were submitted in the importation of hundreds of Hermes bags from Europe and Asia, cheating the government out of significant duties. But the case began collapsing once we conducted our own investigation and litigated the actual falsity of the declarations which ultimately challenged the materiality requirement for the false statement regarding the bags’ actual values to Customs, a highly technical issue. We argued that the bags still would have entered the United States even if there were no false statements and thus the crimes, as charged, did not actually occur. On Jan. 26, U.S. District Judge Jeffrey S. White of the Northern District of California approved the government’s request to fully dismiss its criminal charges, bringing an end to nearly six years of litigation and negotiation.

The case was investigated by multiple government agencies including the U.S. Customs and Border Protection and Department of Interior U.S. Fish and Wildlife Service Office of Law Enforcement.

In the second Avenatti criminal trial in New York wherein Michael Avenatti was accused of stealing money from Stormy Daniels, Avenatti subpoenaed the government forensic expert – John Drum – from the Central District of California criminal trial (in which the defendant had also been accused of stealing from clients) that resulted in a mistrial. We moved to quash the subpoena for both the production of records and sought-after expert testimony. Judge Furman granted the motion to quash agreeing with our argument that the witness testimony had “minimal relevance” and was “largely inadmissible” because the witness analyzed records pertinent to a different case, with different prosecutors, and different victims. In particular, the charts Avenatti submitted made clear that Drum analyzed Avenatti’s firm from 2011 to 2018, whereas the period at issue in the NY case was mid-2018 through mid-2019. Therefore, any probative value of Drum’s analysis was substantially outweighed by risk of prejudice/confusing the issues/wasting time.

Client was charged with workers compensation fraud for failure to pay workers compensation premiums for his employees. This technical crime alleged losses in excess of half a million dollars. We researched and investigated the issue and presented compelling evidence to the District Attorney. After consideration of that evidence, the LA District Attorney dismissed the case.

Our client, a Chinese national living in Sweden, was sought for extradition by both the United States and China for fraud and money laundering offenses. The Swedish Supreme Court denied China’s request for extradition citing China’s humane abuses. However, the Swedish Court did extradite our client to the United States where he faced multiple charges of immigration fraud and money laundering. The money laundering charges stem from conduct occurring in China. The case presented unique challenges due to the underlying conduct investigation taking place exclusively in China. The case was resolved after exposing the litigation risk to the government. The resolution encompassed the client’s immediate release from custody, the agreement of safe passage back to Sweden, and the ability to liquidate US assets valued at more than $30M for which the client will retain half of the proceeds. This case is a current example of the international breath of our white-collar practice.

Our client was indicted in September 2015 with multiple counts of money laundering, capping, and tax fraud in what the Los Angeles District Attorney’s Office described as a “$150M insurance fraud.” http://da.co.la.ca.us/sites/default/files/press/091515_15_Indicted_in_150_Million_Insurance_Fraud_Patient_Scam_Conspiracy.pdf Over the course of the next two years, a series of hearings on motions to dismiss would take place in which we would strategically dismantle the case. Ultimately, all the money laundering counts (10 total), all the capping counts (2 total), and all the tax fraud counts (4 total) were dismissed by the court. Faced with the likelihood of having the final single conspiracy count dismissed, the District Attorney’s Office dismissed the case in its entirety only to refile a severely-scaled-down criminal complaint charging only the money laundering and conspiracy counts. After exposing the weaknesses in the prosecution, the case was resolved for a $5,000 restitution payment and two years’ probation.

On March 22, 2021, the FBI raided U.S. Private Vaults, Inc., a private safety deposit box facility in Beverly Hills. Every box owner’s property was seized. 100’s of people were deprived of the rightful ownership of their property. We were contacted by more than 50 individual box owners in connection with the unlawful seizure of their property. We accepted more than a dozen clients. Applying our skills as white collar litigators we filed claims and successfully achieved the return of property for the majority of our clients. The rest are still under review.

Our client is the highest-ranking administrator indicted in the Varsity Blues college admission scandal. In this RICO, mail and wire fraud case, the client stands charges of serious offenses carrying up to 19 years in prison in what is said to be the largest college admissions scandal ever. Twice we filed motions to dismiss the charges and twice the government has superseded (recharged the case) to prevent dismissal. In the last hearing on our motion to dismiss the Court significantly curtailed the government theories of prosecution and altogether dismissed the property fraud counts. 10 days before trial was scheduled to begin in November 2021, a plea deal was reached wherein Dr. Heinel pled guilty to a single count of wire fraud. Sentencing is scheduled for June 2022.